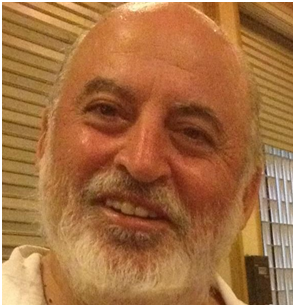 The national institutional member:
The National Assembly of Homeopathy (ANH)
Situation of Homeopathy in Spain
In Spain, Homeopathy is recognized as a non-conventional therapy ( RD 1277/2003, published in the BOE No. 254 of 23 October 2003) Any doctor practicing in Spain and in the European Union and trained in Homeopathic Medicine is perfectly entitled to prescribe and recommend homeopathic medicines to their patients. The same rule applies to pharmacists in the exercise of their dispensing competence.
Homeopathic medicines are regulated by European directive and this directive is applied in our country according to article 55 of RD 1345/2007article 1(5) of Directive 2001/83/EC of the European Parliament and of the Council of 6 November 2001 on the Community code relating to medicinal products for human use and defines homeopathic medicinal products. In addition, article 55 of Royal Legislative Decree 1345/2007 of 11 October regulates the procedure for the authorization, registration and conditions of dispensation of industrially manufactured medicinal products for human use, including homeopathic medicinal products.
The National Assembly of Homeopathy (ANH) is the entity that groups and represents the medical, veterinary and pharmaceutical societies of our country in front of other national and international associations, institutions and public authorities.
Our main objective is to actively contribute to the learning, spread, knowledge, research, development and use of homeopathy in all its fields. We also advocate the defence of this therapy before institutions and society in general.
The five professional associations that make up the ANH are:
FEMH (Federación Española de Médicos Homeópatas)
SEMH (Sociedad Española de Medicina Homeopática)
AMHB (Academia Médico Homeopática de Barcelona)
AEFHOM (Asociación Española de Farmacéuticos Homeópatas)
SEHV (Sociedad Española de Homeopatia Veterinaria)
In recent years the situation of Homeopathy in Spain has been complicated due to a campaign of defamation and discredit orchestrated by the Ministry of Health which has joined the international movement of the self-appointed sceptics. It has been included in the group of the so-called "Pseudotherapies" for which its effectiveness is questioned and its study has been eliminated from all universities. These therapies are currently being evaluated to define their effectiveness, but the evaluation criteria offer neither the guarantees nor the transparency that would be desirable.
The ANH (www.homeopatiasuma.com) since its formation is doing important work both at the institutional level and in the media to defend the interests of its member associations.