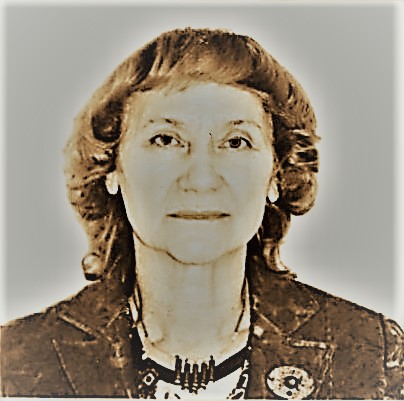 The Public Association Kazakh Homeopathic Association was created on September 29, 1992 by homeopathic doctors and registered with the Ministry of Justice of the Republic of Kazakhstan. Yelena G. Zyukina was elected President of the KGA.
The main goals and objectives of the Association: -promoting the development of homeopathy as a science, the search and development of new scientific technologies; -participation in the training and improvement of homeopathic doctors; -participation in the licensing of homeopaths; -delegation of members of the Association to participate in international congresses, symposia, seminars and other events raising the level of knowledge of homeopaths.
The Ministry of Health issued an order dated 13.08.1996 No. 374 on the creation and further development of a homeopathic service in the Republic of Kazakhstan. Since that time, homeopathy was included in the State Register of R.K.
In 1999, with the assistance of the Akimat of Almaty, a medical center was opened at the PA KGA «Arnica", where patients could be treated, and homeopathic doctors will study.
Since 2003 PA KGA has become a member of the International Homeopathic League (LMHI).
Members of the PA KGA took part in the Congresses of the International Homeopathic League (LMHI) in Moscow, Poland, India, France and other international organizations and centers.
In 2003, the Expert Council was created under the Problem Committee of the International Antinuclear Movement "Nevada-Semipalatinsk" on homeopathy.
Members of the PA KGA train doctors at the self-supporting department of Traditional Medicine in Homeopathy at the Kazakh Medical University of Continuing Education.
The Public Association Kazakh Homeopathic Association in 2016 became a member of the Asian Homeopathic Medical League.
In 2017, the 26th Congress of the Asian Homeopathic Medical League in Kazakhstan in Almaty was held on September 15-16.
Since 1990, more than 1,000 people in homeopathy have been trained and improved. In addition, many doctors studied in England, Russia, India, Ukraine and other countries the homeopathic method of treatment. Now many doctors are successfully applying homeopathic treatment in places where they work in medical centers, clinics and hospitals.
In 2019, homeopathy was persecuted by the deputy of the Mazhilis of the Parliament. They wanted to close or remove it from traditional medicine. Homeopaths wrote letters to the Ministry of Health, the former president of the Republic of Kazakhstan, Nazarbayev N., A., collected patient signatures throughout Kazakhstan in support of homeopathy. An important role in support was played by LMHI, which sent us “Answers to the arguments against homeopathy”, Kazakh Letter of Support, Raj kumar Manchanda- “SCIENCE OF GENTLE HEALING” - information about Homoeopathy in India, has been summarized in the enclosed document, it was useful to us, Bernardo Merizalde, Dr. Altunay Agaoglu, Gustavo Cataldi and others.
And we were left in traditional therapy. Thank you for your support and help.
Homeopathy is effective, safe, affordable, competitive, and also applicable in any medical field of medicine, which is especially important for pediatrics, obstetrics, preventive and rehabilitation medicine. This is consonant with the five initiatives put forward in the healthcare sector of the Republic of Kazakhstan by the Minister of Health Yelzhan Amantayevich Birtanov.
Sincerely.