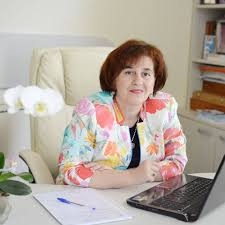 National Homeopathic Organization (Institutional LMHI-Member)
The Association of Homeopathic Physicians in Bulgaria (ALHB)
Homeopathy in Bulgaria
There is historical data on the development of homeopathy in Bulgaria since the 19th century. A Homeopathic kit of the German company “Dr. Willmar Schwabe” is being kept in the Мuseum of history of medicine in Varna. It belonged to a teacher who practiced homeopathy in the second half of the 19th century.
The first Bulgarian homeopathic physician is Dr. Georgi Valkov Mirkovich (1828 - 1905). He was born in the town of Sliven and was a participant in the national liberation movement. From 1851 to 1856 he studied medicine in Montpellier, France. Coming back to Bulgaria Dr. Mirkovich published the first book to promote the homeopathic method of treatment - "A home-based homeopathic physician or a way of treating a man alone" (1885). He published the journal “Health” (1893-1896), through which he spread the ideas of sun-healing, hydrotherapy, healing magnetism, a hygienic lifestyle and homeopathy.
Other homeopathic doctors and dentists also start working in Bulgaria. At the end of the 19th century, the Sofia Homeopathic Society was founded, which publishes specialized literature.
More and more publications about or against homeopathy are appearing in the medical press.
In 1938, the Supreme Medical Council allowed every doctor to use the homeopathic method of treatment and to prescribe homeopathic remedies.
After the victory of the socialist revolution in Bulgaria in 1944, homeopathy was banned as "metaphysical false teaching". Homeopathy has been "forgotten" for more than a quarter of a century.
The revival of homeopathy began in 1992, when a course organized by the Royal College of Classical Homeopathy, hosted by Peter Chapel, began. Since then, homeopathy has been rapidly "gaining momentum" in Bulgaria.
In 1995, homeopathic remedies were recognized as medicine by the law. And in 2006, in the “Health Act”, the chapter “Unconventional Treatment Methods” stated that homeopathy can only be practiced by masters in medicine and dentistry.
In May 1994 The Homeopathic Society of Bulgaria was founded, bringing together people who share the ideas of homeopathy.
In 1995 The Association of Homeopathic Physicians in Bulgaria (ALHB) was established to support the study, development and implementation of homeopathy in public health.
In 1996 ALHB has been recognized as a full member of the European Committee on Homeopathy (ECH) and it takes active part in its work.
Since 2002 AHPB is an active member of LMHI.
The Bulgarian Medical Homeopathic Organization (BMHO) has existed since 1999. Its purpose is to create opportunities for professional relations - domestic and international, with organizations that consider homeopathy as a method of treatment practiced by medical professionals.
Homeopathy is taught at medical universities in the country as an extra-curricular activity in short courses and in private homeopathic schools.
Homeopathy has become increasingly recognized as a healing method in Bulgaria in recent years - scientific research is being carried out, more homeopathic practices are being registered and various trainings and seminars are being organized.