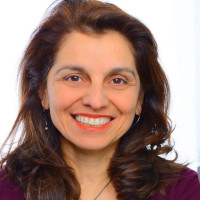 Homeopathy itself has a long tradition in Switzerland. The first homeopathic medical association was founded in 1856 with the same name it still has, “Schweizerischer Verein homöopathischer Ärzte” (SVHA). It is one of the oldest medical associations in Switzerland. At the beginning of the 20th century homeopathy was in a crisis and Switzerland played an important role for its „survival“ in Europe. Dr. Pierre Schmidt, one of the founders of the Liga Medicorum Homoeopathica Internationalis (LMHI) in 1925, brought the classical homeopathy of Kent to Europe and taught this knowledge for many decades in small personal teaching groups.

May 17th 2009 the Citizens´s vote was in favour of CAM (homeopathy, traditional chinese medicine, phytoherapy and anthroposophical medicine) with 67% yes, more than two thirds!

End of April 2010 the medical CAM-organisations submitted their requests for re-admission to the basic health insurance. It was necessary to make some additional literature research. Regarding cost-effectiveness it turned out that the costs of GPs with additional CAM services were even about 25% less than those of their colleagues using conventional medicine only. Since January 2012 the following medical CAM therapies are now again reimbursed by the public health insurance:! The definitive decision was made 2017.

In collaboration with the Swiss National Medical Association (FMH), a qualification for homeopathy – ‘Fähigkeitsausweis Homöopathie‘ –was developed for quality assurance. This medical postgraduate title corresponds to the curriculum of the SVHA ACADEMY with the final examinations 1 and 2. It is administrated by the SIWF, the Swiss Institute for Further Education, and certified by our professional association SVHA. As for the medical qualifications of specialists, there is an annual requirement for further training, recertification is required every 3 years.

The educational program promotes quality and transparency for patient safety.