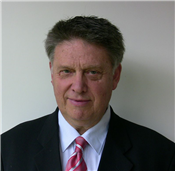 1. Regularisation of homeopathic medicine in Belgium

The Royal Decree about the practice of Homeopathy in Belgium was signed on 26-03-2014.

From that date, the medical doctors could ask to the government to be registered as doctors-homeopaths. This could be done until 12/11/2014.

The application of this Royal Decree is in stand-by for the moment. Indeed, some group of doctors have ask to the Council of State to cancel this Royal Decree. The Unio Homoeopathica Belgica, with the help of its lawyer, has been jumping in to bring arguments in favor of this Royal Decree, helping in such the Belgian State. So, we have to wait for about a year to see what happens. We think that those groups have no chance to succeed in their demand. Let’s be patient.

For more please download the file (only for members)